Every night, Apophis, a giant serpent in the primeval ocean, endangered the course of the sun god and had to be fought back into the darkness. Two further forces and concepts, personified by deities, were pivotal for the existence and smooth running of the universe. The goddess Maat with a feather on her head represented the correct order.

The gods had created Maat and lived by it. The kings, ideologically responsible to keep order, regularly offered Maat to the gods, or integrated Maat as a constitutive part of their royal names. In the underworld, the heart of the deceased was weighed against the feather of Maat. It also kept the universe running. Magic was an integral part of the Egyptian religious system.

Heka was a source of power for healing and protection, a weapon to ward off potential dangers and to repel inimical powers that threatened individuals such as illness, nightmares, snake or scorpion bites, snatching by a crocodile, dangers to children or the state fended off, for instance, by execration texts and figurines. Information on Egyptian gods must be gathered from numerous texts and images. These materials come from different regions and periods and were sometimes created for very specific contexts.

There were other supernatural entities as well. The ba pl. Whenever a god became manifest, his ba was detected—for example, the sun for Re, the Apis bull for Osiris, or the Old Kingdom pyramids for the king. Sometimes a deity was seen as the ba of another deity. Finally, the baw of the cities of Buto, Hierakonpolis, and Heliopolis were the divinized deceased kings.


The baw of the deceased since the New Kingdom, depicted as a human-headed bird lived in the following of the gods, and were nourished by offerings. Several other forces were involved in interactions with the various entities. The akh pl. It was a personal life force, activated and manifested after death.


It kept the appearance of the individual and lived in the realm of the gods and the deceased. For the living, the akhw liaised with the gods, especially Osiris. Images of individuals were their ka. The gods were not eternal beings; they had a beginning within the genesis of the universe. The first god came into being by himself; the next generations were created, conceived, and born. The gods had a period of youth e. Osiris had a tomb on earth that was visited by humans e.

In the Amduat lit. Osiris is slain but becomes the chief god of the underworld.


The sun god Re in the sky dies at sunset as Atum , only to be regenerated in the underworld and rise anew each morning as Khepri, the scarab crawling out of the ground. The deceased human who had lived righteously was regenerated eternally; those who had not were condemned and annihilated. In the New Kingdom, Thoth knows the exact lifespan of humans and gods. The gods were imagined as having skin of gold, hair of lapis lazuli, and a body made of other luxurious materials.

Their hearing and seeing were amplified.

They had a certain fragrance and radiance. Their presence could be sensed through smell, sight, intuition, natural phenomena e. Even so, the Egyptian gods were generally generous and benevolent to humans. The gods had definite human behaviors—they ate, drank, worked, fought, cried, laughed, became angry or sulky—and their characters were ambivalent. Some deities were usually helpful to humans e.

The gods could get angry with the humans and seek to destroy them e. The gods were rarely reduced to the mere meaning of their names; rather, they had elaborate histories, characters, and competences beyond those. They had primary functions, but were versatile and responsible for many things. Ra, for instance, was a deity of kingship and creation, regenerator of the living and the dead. 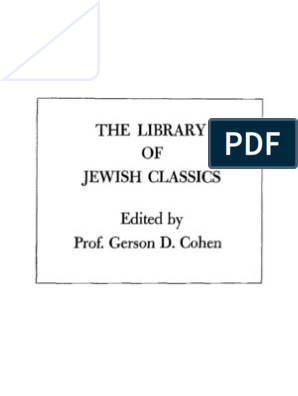 Osiris was chief of the realm of the dead, but also associated with kingship and fertility; he also became a savior god who helped to overcome death. Hathor is a goddess connected with childbirth and maternity, with festival joy and drunkenness, but she can also be a necropolis goddess and even a ferocious lioness guarding a desert wadi; in Ptolemaic Edfu, she had as many forms as there are days in the year. Sometimes a god was regarded as a manifestation, a ba or an image of another one.

The many names and images of a deity were considered to be merely selected aspects of a much vaster personality.

They allowed worshipers to distinguish, to characterize, and to make them approachable for cultic purposes though not every deity had a cult. A good example for this multitude of forms and aspects is the sun god. In the Amarna period, the sun disc Aten was venerated without an anthropomorphic shape, but as a disc with arms. The etymologies of some names of the greater gods are debated e. Some are identical with the spheres and regions they personify e. The four elements were never personified but still connected to various deities: several deities used fire; crocodile-shaped deities protected waters e.

Some divine names were personifications of concepts e.

Other stars were seen as manifestations of various deities or of deceased kings. The character of a deity was regularly expanded by syncretism. Deities were combined, creating a new, extended, more powerful, more complete deity. Others were combined to create a more complete manifestation of a concept. These combined deities did not replace their various components, but extended them.

Many gods were pictured with the heads or other parts of animals. Many animals were seen as manifestations of a deity or served as intermediaries between humans and the gods. Some species were seen as the baw of the gods e. In other cases, only one living animal at a time was presumed to be the representative of a god e. Some votive animal figurines—often cats, dogs, snakes, or falcons—are clearly related to certain gods. From the late New Kingdom onward, the idea of animals as intermediaries led to a huge industry of animal mummification.

Animals were raised, killed, mummified, and sold to pilgrims and devotees, who had them interred at places connected to their patron deities. The animal mummies were placed in catacombs: the falcon catacomb of North Saqqara contained about 4 million birds, and at Tuna el Gebel the interred ibis mummies are estimated to be in the millions. The impressive size and number of monuments created for and by the Egyptian king are unparalleled in the ancient or modern world. Constant building activities and fabrication of images and texts created a memorial landscape that was a permanent reminder of the longevity of kingship, gods, and their institutions.

It was perpetuated by a state that staged and treated its ruler as a god. The Egyptian king was subordinate to the gods, but, ex officio by the New Kingdom, with his coronation he was a god on earth, universal ruler, and linchpin of earthly order. He controlled all resources, decided where they were directed, provided for the gods and their cults, built their temples, performed the rituals as the main actor, and was principally responsible for keeping Maat.

He was described as having superhuman powers e. All dead and even some living kings had cults and temples. In the Predynastic and Early Dynastic periods, Egypt adopted ancient Near Eastern ideas in iconography, writing, and architecture and amalgamated them with its own concepts into a system of representing and staging its king.

Using foreign elements certainly consolidated the perception of the king as someone extraordinary and extramundane. Many essential elements of the representation of Egyptian kingship were created in this period, such as the king as Horus, the dual monarchy of Upper and Lower Egypt, the distinction of the elite from the common people, many of the regalia e.

He was image and son of various gods, as well as likened to gods by names and titles.

The king was regularly shown in the company of gods, worshiping, offering, but also being nurtured or embraced. In death, the king became an Osiris; he lived his afterlife with many other gods and dead kings in the company of the sun god. Each king was buried in a pyramid that symbolized the primeval hills or the ladder to heaven; each pyramid had its own temples and personnel to supply the mortuary cult of the dead king, theoretically for eternity, and in actual practice at least for generations. From the Middle Kingdom on, the king was chosen by the gods and followed their commands, his success depending on their support; still, pyramids were built for him, though of mud brick, not stone.

Though the king was subordinate to the gods, the buildings with the highest labor costs were usually the mortuary installations for his afterlife. In the New Kingdom, it was imagined that the gods had once ruled on earth e.

Ra was king of gods and men until he retired from earth and became ruler only of the gods. On earth, Horus succeeded his father Osiris, and was finally embodied and represented by the reigning Egyptian king. Through the ages, the status of some deities changed and fluctuated, which sometimes led to new hierarchies, connections, family relations, and cultic approaches.